Let the Frozen Age Begin, welcome to the One Chi to Rule Wiki. You can look at pages such as Laval and Cragger, plus the newest attraction The One Chi to Rule Series and Custom Stuff. You can find all sorts of pages you are looking for on this wiki based off of the LEGO Legend of Chima Theme. Check it Out.

Welcome to the One Chi to Rule Wiki

Scorm threw the Chi down another gorge which reanimated the Ancient Tribes. The Ancient Hunters march across Chima freezing landscapes and corners plus areas nearby. Laval, Cragger and Eris have found the Phoenix Tribe again but Eris kept on dreaming about her wing being on fire and Mount Cavora lit aflame. When she woke up she found that Chima was getting frozen by Ancient Hunters. Sabre-Tooth Tigers, Mammoths and Vultures march across the Croc Swamp freezing things in sight. In the Phoenix Temple which Laval, Cragger and Eris found and he Legend Beasts being pets to the Phoenix's, Eris gets Fire Chi for free but Laval and Cragger must earn the Fire Chi, they meet Flinx, Fluminox, Tormak, Lundor and other New Tribes on there way to free Chima from an Eternal Winter set off by Scorm. The Three Heroes make the Ancient Tribes flee to their Ice Fortress. But Sir Fangar has a plan to put an end to the Three Pests with their own Speedorz but their plan is ruined by the Flying Phoenix which then creates a another temple with Fire Chi that the Heroes can use. While the bunch of heroes celebrate that they have more Fire Chi, Laval tries to impress Tormak's Daughter, Li'ella. Laval comes home to his father, Lagravis who has also plugged Fire Chi and tells him about this pretty lioness that he met, but his father only laughs. Laval then tells his father the name of the lioness.

Sets: See the Set from the LEGO Legends of Chima Theme

Leonithar: See the Main Antagonist for the One Chi to Rule Series

Limbo: See the one hero that saves Chima from the evil Lenoithar

Laval: See the Prince of the Lion Tribe

Cragger: See the Prince of the Croc Tribe

Eris: See the Princess of the Eagle Tribe

Razar: See the King of the Raven Tribe

Gorzan: See the Prince of the Gorilla Tribe

Worriz: See the Prince of the Wolf Tribe

Rogon: See the Prince of the Rhinoceros Tribe

Pandiona: See the Former King of the Panda Tribe

Ryan: See one of the members of the Rabbit Tribe

Panthero: See the Princess of the Panther Tribe

Sir Fangar: See the King of the Saber-Tooth Tribe

Scorm: See the King of the Scorpion Tribe

Lagravis: See the King of the Lion Tribe

Lavertus/ShadoWind: See the Uncle of Laval

Crunket: See the Queen of the Crocodile Tribe

Crominus: See the King of the Crocodile Tribe

Tormak/Panthar: See one of the Members of the Tiger Tribe

Fluminox: See the King of the Pheonix Tribe

Lundor: See one of the Members of the Leopard Tribe

Vardy: See the Leader of the Vulture Tribe

Maula: See the Leader of the Mammoth Tribe

Bladvic: See the Prince of the Bear Tribe

Legend Beasts: See the Animal's that did not drink the water from Mount Cavora

Forum: Speak with Friends on the Forum

Chima is a magical land that is ruled by tribes of highly-advanced animals who walk, talk, drive vehicles and live in castles and forts. Two of the characters were best friends, but misunderstandings challenged their friendship and they now compete for CHI, a valuable natural resource that is a powerful element and source of life. Only a few brave heroes in Chima understand the true nature of CHI and their stories, and the stories of those who seek to destroy them, are known as The Legends of Chima.

Add a photo to this gallery 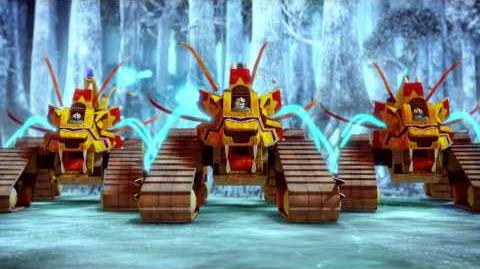 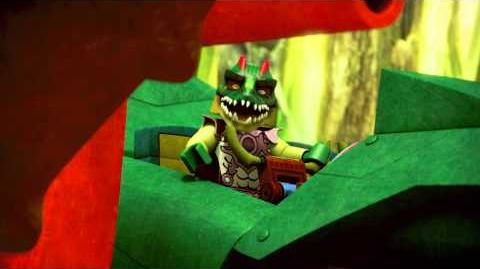 I haven't seen Tormak since The Artifact situation with Sir Fangar. We don't know where he is can you at least find his last remains?

I need The Artifact and ever since that Tunnel Cat got burnt I don't know where it is. Find it now!
Add a photo to this gallery
Retrieved from "https://one-chi-to-rule.fandom.com/wiki/One_CHI_to_rule_Wiki?oldid=8316"
Community content is available under CC-BY-SA unless otherwise noted.